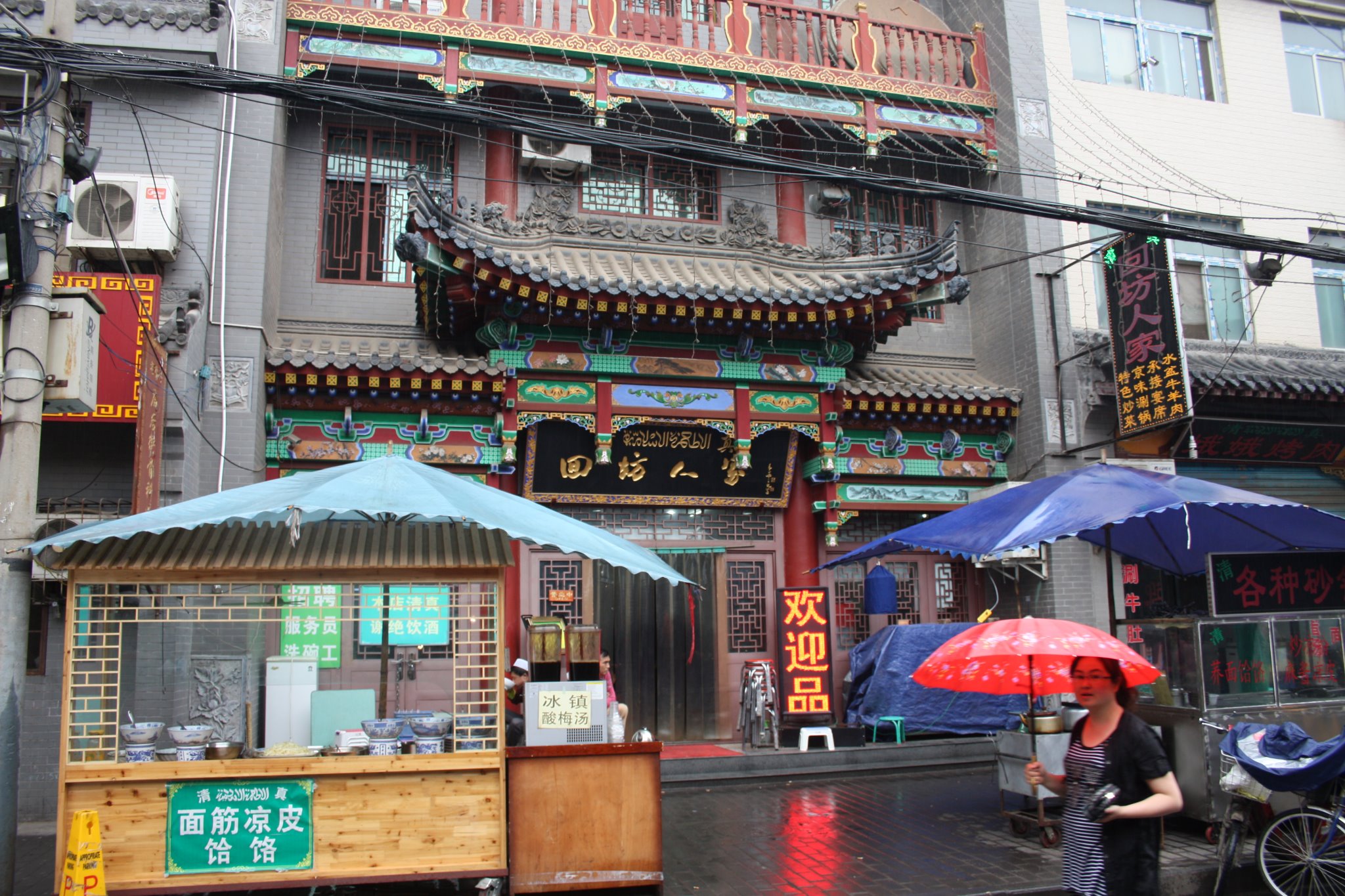 Most distances in Xi’an are rather small so walking around is a nice way to visit the touristic highlights. Start the day with a nice walk through the Lian Hu Park. This nice park is a little oasis in Xi’an with beautiful trees, small traditional porches to sit down and a nice lake. Wander around in Lian Hu Park to start the day easy in Xi’an.

From Lian Hu Park it takes about 10 minutes to get to the Muslim area of Xi’an. The city has a long history in which the population of Muslims has been living in the same area of Xi’an for centuries. Around Beiyuan Men Street there are a lot of shops and restaurants with exotic foods and souvenirs. Quite a lot of women wear head scarves and some faces do look slightly Arabic. In this area the Great Mosque of Xi’an is situated which offers a nice blend of Muslim and Arab tradition mixed with Chinese architecture. Take the time to wander around the complex to find both the similarities and differences with traditional Chinese temples. From the Great Mosque of Xi’an it is a small walk to the Drum Tower which is right next to the Bell Tower. Both towers are quite impressive and give a beautiful sight over the city but the admission is rather expensive. When you have visited the Drum Tower and Bell Tower in Beijing it might not be worth it to climb the towers since the views in Xi’an are much less impressive then in Beijing. The towers are located on a large square which gives great opportunities to take pictures. Next to the Bell Tower there is a large shopping area which is rather expensive, but nice to walk around in after this cultural trip.

The last stop for the day should be Revolutionary Park which offers a great silent area to relax and take a walk in. There are people playing instruments and dancing and there are lots of places to sit down and enjoy the afternoon. In the summer there are several possibilities to enjoy the day when taking small kids, there are for example little boats for rent to take onto the small lake. After that try a local Chinese restaurant and get yourself ready to visit the Terracotta Army the next day.