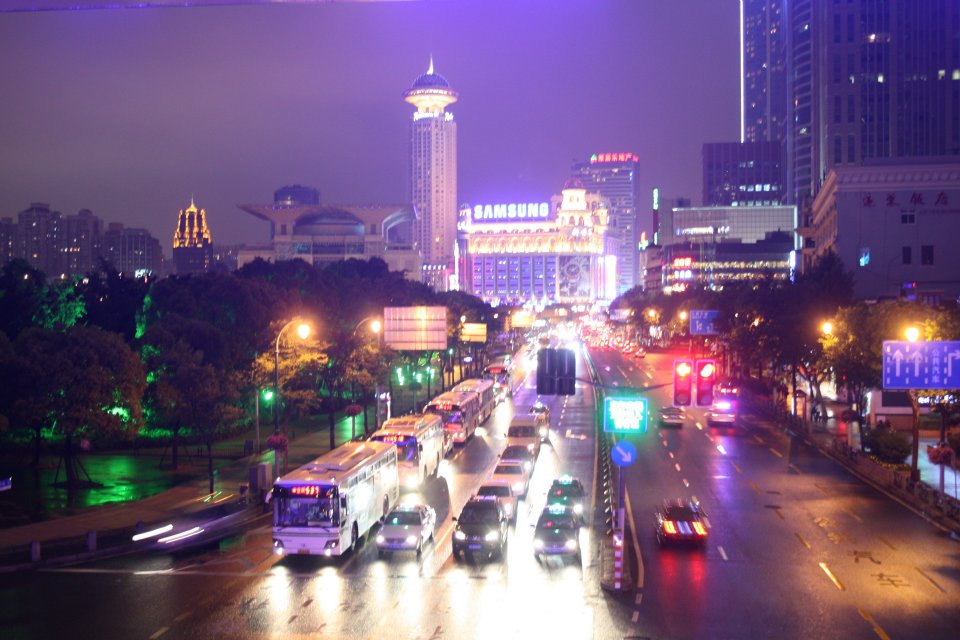 Shanghai is a city with definitely its own personality. The skyline at the Bund is one of the most famous spots in China and the Oriental Pearl TV Tower is one of the prides of Shanghai. The city is quite accessible and a short trip of two days is enough to a glimpse of Shanghai. Visit the Bund and the skyline of the city both during the day and at night to see two different sides of this modern Chinese city. When you’re travelling from Beijing it’s easy and relatively cheap to take the high speed train to Shanghai and arrive within six hours. Do keep in mind you will need to be at the train station at least half an hour before departure, trains always leave on time in China.

After your arrival in Shanghai it is great to wander around and see some highlights the city has to offer. You can start in the French concession area which shows the French influence on Shanghai from the 19 th century. From this area it’s a small walk to Huaihai Lu, the second biggest shopping street of Shanghai. From here you can take a cross street up north to get to Nanjing Xi Lu, the biggest and most famous shopping street of Shanghai. This is a broad street with lots of international shops and it doesn’t feel like you’re in China. Then walk to People’s Square to see several huge towers Shanghai is known for.
From the Nanjing Xi Lu it’s a short walk to the People’s Square and you’re almost at the Bund to see the famous skyline of the city. When you’re at the Bund at night it’s great to take the metro to the other side of the river to visit the Oriental Pearl TV Tower. From the top there’s an amazing view over the city. With all the lights on both buildings and boats on the river it is truly marvelous to enjoy the view over the city. The tower usually closes around 9 pm so it’s worth to postpone dinner to experience the bright city lights from the top of the Oriental Pearl TV Tower.

For a second day tour a day ticket for the metro comes in handy. Start your day with an early visit at the Yu Gardens and Bazaar. The Bazaar is rather new but has an old feel, it can get very crowded but it is worth the visit. After the craziness of the Bazaar the serenity of the Yu Gardens will feel like a little piece of heaven in the middle of the city. This ancient garden is a treat and you can wander around for hours to see all the different beautiful ponds, traditional buildings and exotic trees. This is a great way to relax for a little while.

After this inspiring morning a trip to both the Ji’an Temple and the Jade Buddha Temple are great to explore the older side of Shanghai. The Ji’an Temple is located next to a few golden towers which gives a huge contrast with the ancient temple. It is a rather big complex and beautifully decorated, quite different to temples in Beijing. The Jade Buddha Temple is a bit quieter and monks still live in the monastery. When you’re lucky you can see one of their ceremonies in the afternoon which is an unforgettable experience.