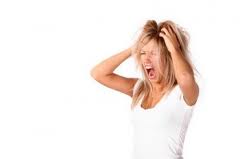 Bron: ADD Really is NOT the Same as ADHD

ADD Really is NOT the Same as ADHD

Inattentive ADD is one of the three subtypes of Attention Deficit Hyperactivity Disorder (ADHD)but it really is very different from ADHD.

The confusion lies in the labeling of this disorder. Inattentive ADD is sometimes called ADHD which is a shortened version of Attention Deficit Hyperactivity Disorder. This subtype of ADHD is oft times also called ADHD predominantly inattentive, ADHD-I, and ADHD-PI but no matter what you call it, the signs and symptoms of ADD are simply different from the signs and symptoms of ADHD.

How is it different? ADD is different from the other two subtypes in various ways. The most seen symptoms of the inattentive subtype are inattention, easy distractibility, disorganization, procrastination and forgetfulness.

People with ADD and Sluggish Cognitive Tempo have less or no symptoms of hyperactivity or impulsiveness and they are much less likely to have a co-existent diagnosis of Oppositional Defiance Disorder or Conduct disorder. Hyperactivity and Impulsiveness are symptoms that are characteristic of the other two variants of ADHD, the Combined type of ADHD referred to as ADHD-C, and the Hyperactive/Impulsive subtype of ADHD which is referred to as ADHD-HI.

Persons with Predominantly Inattentive ADHD have been shown in research studies to do more poorly in school than people with the other variants of ADHD but they are significantly less likely to suffer the adverse life outcomes that the other types have such as substance abuse disorder or law enforcement troubles. These issues are seen more commonly in people with the other two subtypes of ADHD.

The causes of ADHD-PI are unknown but genetic influences are thought to play a major role. Phsysicians think that up to 70% of persons with Inattentive ADD have a relative with the Inattentive subtype of ADD. Other factors that may play a role in ADD and SCT include:

Dietary Allergies. It is speculated that some people can have an increase of ADHD-PI symptoms after consuming possible allergen containing foods or food dyes and preservatives.

Damagecaused environmental factors and toxins can bring about ADHD like symptoms. Pesticides and lead have both been implicated in increasing ADHD.

Mother and child factors such as prematurity and maternal smoking can result in an increase chance of being diagnosed with ADHD. Traumatic head injuries may be associated with an increased risk of symptoms of ADD. Social Influences such as maternal separation and other social elements are being studied to determine their role in acquiring this diagnosis.

ADHD questionnaires are most commonly given to make a diagnosis of this disorder. These written tests include a series of symptom questions where the parent and the teacher score the severity of symptoms and the experienced degree of disability caused by each symptom.

Other diagnostic methods include online and computer programs that measure inattention, activity and impulsive conduct. The online and computer test may give a more unbiased view of symptoms which is indispensable because parent and teacher questionnaire responses may vary a lot and oftentimes don’t agree on the severity or on the disabling characteristic of the ADHD symptoms.

The following is a list of medications utilized to treat Inattention:

Dextroamphetamine (Adderall, Dexedrine,Vyvanse) – The medicinemost usually used as stimulant treatment (along with methylphenidate) for all subtypes of this condition. Most patients with ADD will get the best response for this type of medicine

Methylphenidate (Ritalin, Concerta, Focalin, Daytrana,Metadate) – A lot of individuals may have a genetic basis for NOT responding to methylphenidate. This type of medicine can cause more negative symptoms in individuals with ADD. The explanation for this is uncertain

Atomexitine (Strattera) is a non-stimulant pharmaceutical treatement. This medication at times performs well for persons with Inattentive ADHD.

Alpha-2A-Adrenoceptor Agonist (Intuniv, Clonidine) – Especially utile for combined ADHD and Tourette’s syndrome. These medicines may also treat the symptoms of ADHD-PI. This type of medicine is very useful for the treatment of sleeping problems that can co-exist all types of ADHD.

Selective Serotonin Re-uptake Inhibitors (Paxil, Zoloft, Prozac) are useful for the treatment of co-morbid depression or as another line of medicine for ADHD-PI when stimulants do not work.

Tri-Cyclic Antidepressants (Norparmine,Tofranil) – Also employed for treating co-existent depression but the Tri-cyclics may have unpleasing side effects and should be utilized with extreme caution in children.

Bupropion (Wellbutrin) – Wellbutrin is a norepinephrine and dopamine reuptake inhibitor and is another second line medicine for the Inattentive subtype of ADD.

Behavioral therapy is useful as stand alone treatment or combined with medication to better treat issues associated to motivation, persistence, school problems and social skill difficulties. Behavioral therapy may be more useful for ADHD-PI than it is for the other subtypes.

Other useful treatment methods include;

Vitamin supplementation – To address potential deficits in Omega-3 fatty acids, iron, magnesium, or zinc. Behavioral interventions and Coaching. Psychotherapy (to treat the troubles that may co-occur with Inattentive ADHD like anxiety, depression and social phobias). Cognitive-behavioral therapy (CBT) , to address common areas of cognitive weaknesses such as automatic negative thinking or other deleterious mind processes, and lastly social skills training to make less severe the problems that take place socially from the inattentive symptoms of ADHD-PI.

The symptoms and treatment for Inattentive ADHD are different from the signs and symptoms of the other variants of ADHD. Persons with Inattentive ADHD and parents of children with ADHD should ensure that an appropriate diagnosis of ADHD is made in order that this variant of ADHD is certain to be well managed.